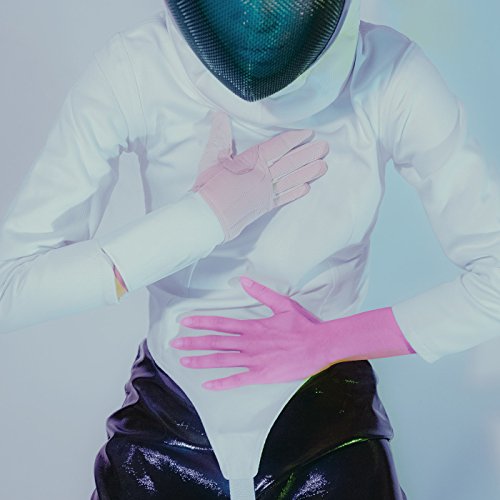 Ruban Nielson is like no other artist in recent memory. No other artist moves through ideas and projects with such forceful calibration and inhabitation in the independent psychedelic arena as Nielson, I’m convinced of it. Alright, I’ll concede Kevin Parker, but where Parker is content to follow Beatle-esque lines into futurist trajectories, Nielson is kinda like a lo-fi prince. Not just any prince, mind you, I’m talking the gigolo of funk, the spiney-backed Minneapolitan enigma, the true king of the Eighties prince: capital-P Prince.

An explanation is due: it was in anticipation of Sex & Food that I discovered Nielson’s Side B series; a collection of five pieces measuring from 10 to 30 minutes each, explorations of textural fabrics along electronic threads and shreds of guitar. In a showcase of progressive musical techniques, these five pieces would stand as an exhibit to the evolution of music: an analog-electronic mock mooging its way as a rhythm section and becoming of the object of interplay with the guitarist, if not derived from his hands in the first place.

The Side-B project is his proof of concept—side projects exploring his analog creations on synthetic settings and pushing the technical boundaries of his lo-fi rock, popular indie, psychedelic funk into such synthetic stylings, draping them in anything and everything step, dub, techno or downtempo and melding them into equally electronic elegies. Replaying melodies, stripping them of lo-fi warmth and assimilating them into shining, sparkling, keyboard orchestras or as I like to call them: keyboarchestras. Nielson creates Symphonies of Tomorrow meant to further demonstrate the power in the personal computer fuckery of today. His has become the cyberpunk piano, the acronym’d accompaniment machine, the ambient box.

Computers confection sugar-buzz frequencies and lolly-sweet melodies while guitars sling loosened strings and scratchy tones. For Nielson the only two good things left in this life are Sex and Food and accordingly the long-player dabbles healthily in both: Side One changes between cuddle-puddles and rough hair-pulls while Side Two brims with smorgasbord cuts for chewing on. The record bounces between styles, jumping from along acoustic string squelches and squeals recalling II, launching voltaic volleys from Side B’s past, touring the Balkan heights with a vial and then grooving to that Multi-Love funk. Nielson hops from style to style with sure-feet; he may goo and ooze and tone or mumble along basslines or even slap his percussion together with a clapping Timbaland aftershock—but he knows his way around a genre and can combine their tricks: funk horns and distortion guitars and candy synthesizers and tropical drum machines all flying together in sequence.

When it came to recording “SB-05” and Sex & Food, the art came first. A throwing callback to matching plastic Starship Troopers made over in modern day camp and a dash of graphic design. It’s the Jetson’s Martian cousin busting a move, Mork’s extended family finally coming to visit, a Flash Gordon sidekick all pretty in pink—and that was enough to trigger an album number four; a bizarre display of general sci-fi quackery, Captain Nemo moments four thousand leagues into the lo-fi sea and recorded across the world in eighty drones, warbles and pops. Ruban Nielson said of his debut album cover that he aimed to write in the same vein as the quirky futuristic monuments for the people on Balkan mountaintops, crafting music drawn from the past but inspired for the future, but it’s on Sex & Food that this idea comes most alive in character shots of the world; artifacts of time spent in Seoul, Hanoi, Auckland, Portland, Mexico City and Reykjavík and inserted on a random-yet-comprehensive record. Yet what does all this good-with-the-cyber-and-the-guitar mumbo-jumbo mean? In short: don’t be surprised if the record takes longer to like.

On Sex & Food, the brief, flirting riffs and movements of “SB-05” are engraved in wax and given fully realized moments to speak, but jump at them like talking head sharks waiting for a space to attack. On Side 1 all tracks queue up ready to ruin the acoustics of the one in front, new sound “Major League Chemicals” loosens heads for banging then “Ministry of Alienation” pulls listeners in with a Multi-Love radio whisper before “Hunnybee” floats and whisks on taut yet flowery violin melodies and yet that too is disappeared on the acoustic squelching of “Chronos Feasts on His Children,” which then gives way to the distortive rumble of “American Guilt.”  Not until my fingers flip the record over does it seem to content with a sidelong groove to rest itself in.

This is by no means the earmark of a bad record—in fact, it’s good enough for me to seriously consider Nielson’s musical sensibilities to Prince. (Do I think he plays guitar as well as Prince? Not even slightly—this is not a member-measuring contest by any means.) With Sex & Food Nielson proves he can take a listener across genres, geographies and jams with ease on his guitar. Maybe the execution doesn’t totally allow for a smooth record listen and maybe that doesn’t tickle me quite where I like it but irrespective of where long-player four ranks in the chronology, (“solidly next to II but just under Multi-Love if you don’t mind,” butts in my brain)  it still grinds down musical tastes into nutrient powders and then mixes them with water for each cut. A ready-made protein-album ready to go.

Rhodes pianos, electric sitars, tape transports, drones, organs, they all find a home here on a record that doesn’t know what genre it wants to be. Disarmingly sweet disco or punishingly hard garage rock, Nielson finds a way to make the instruments work in either scenario. I may sway forever to Naomi Win’s cha-cha-cha fiddling (“Hunnybee”) but I can also detach head from spine to Nielson’s political guitar slams (“American Guilt”) and groove to Portrait’s sexbass woos and coos across the record.

And forgive me for being so brusque, but it’s exactly that sexbot synthesizer on Side Two that seduces me so willingly as the warm colitas catch me dreaming. The opening notes on “Everyone Acts Crazy Nowadays” say only as much, after the insane kaleidoscope fractals that are Side One, I just need my smoking totem to keep me sane. The haunted acoustics of II and smoking funk of Multi-Love carry the majority of Side Two, now upgraded with a bionic Hammond arm and strong enough to overcome the guitar squeaks of “This Doomsday” jumping into the synth hop of “How Many Zeros.”

Put it down to the Rhodes piano, which admittedly meanders from the middle of Side One, but then settles in nicely on Side Two by fully taking command of the low frequencies, providing ample and able support to the synthesizers on the top half of the Hertz meters. It works the switchback momentum of “Hunnybee,” playing the low end of Nielson’s guitar croons while Portrait’s bass boogies from note-to-note. It pushes “Everyone Acts Crazy Nowadays” into a smooth psychosis. And by “Not in Love We’re Just High” it spreads over the rough edges with marmalade changes, gooey and sticky, tastily mucky and oozing between the tape cracks. The result is a sandwich that tastes better as you bite closer to the middle, with hulking globules of gelatinous flavour.

At this point, it’s amusing to think how this album may be slightly underwhelming to Unknown Mortal Orchestra fans or observers, yet still confirms how radical Nielson is within the field of pop-psych. The “SB-05” track is a better listen than this so-so record, but even a so-so record from UMO is more diverse and exploratory than the genre-types of Real Estate, Tennis, Beach Fossils or DIIV, hell, even Ariel Pink as of late, who can fall into the classic traps of emotionless vocals and curated bells-and-whistles. To be fair, emotively lacking vocals is a clearcut genre concession; yet Nielson makes it sounds more like a true design choice—a committed aesthetic as it follows from lyrics of alienation and social discomfort all wrapped in tape-recorder distortion and tell-tale fuzzy difference from the reverb-heavy, ornately polished effects of contemporaries.

Further, Nielson involves himself in sounds so frequently not associated with pop-psych: funk, soul and R&B. He reclaims a part of rock forgotten after 1982, the roots, and then infuses them all like an essential oil back into the fold of pop-psych or chops them up like an incense stick against a box fan. No matter where he lies on the spectrum, though, he will sweet-talk you with hi-fi synthesizers or sour you dour with lo-fi guitars. Good or bad, no matter what he does for pop-pysch, he does it with a punk-funk attitude, Side-B or otherwise.

The Eight Joints Series: Part I