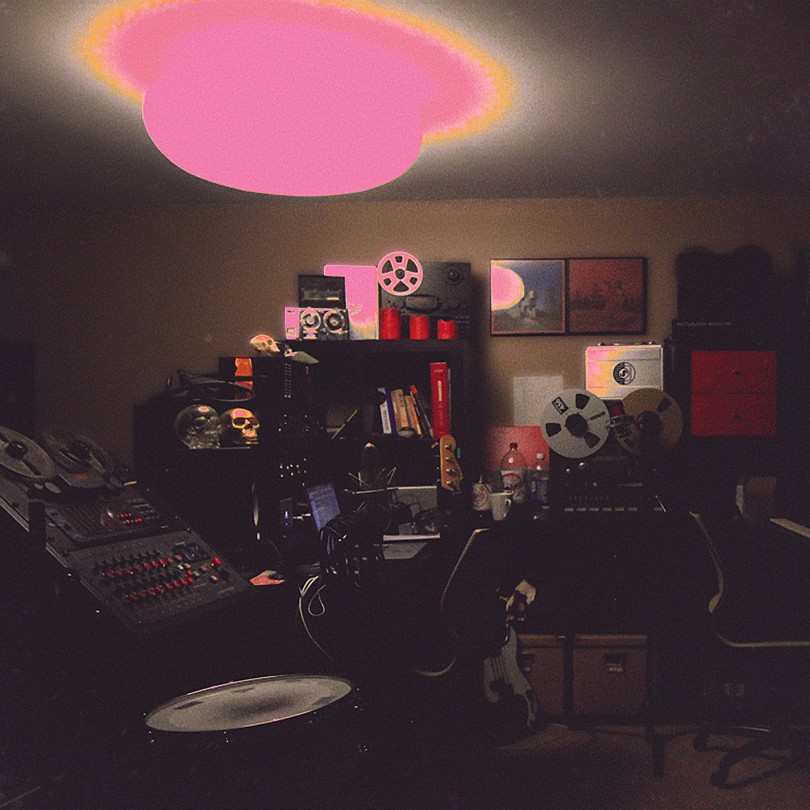 Third albums are the tricky ones, the records that prove an ability to pick up a genre and play with it, mess with it and then mold something from it.

The third album can break a band: it turned Artic Monkey fans in revolt; underwhelmed critical enthusiasm for the Killers; transformed Coldplay into a bona-fide punchline; embarrassed Slowdive into a belly flop; paralyzed the xx from making one for almost half-a-decade. Among legendary ranks, the third album confused critics about Cream; soured Pearl Jam on fame like a lemon slice on a gash, cut the cables on the 13th Floor Elevators; bottled Led Zeppelin’s venom into poison for the media; replaced Patti Smith’s blood for punk revolution with punk pollution and was one of 10,000 things that killed Kurt Cobain.

The third album is a pain in the ass, an asshole, a bastard. It broke the Mint Chicks and sent Ruben Nielson scurrying to Portland, Oregon to cache himself in graphic design and commercial art. Hiding in plain sight amongst the hipsters and the kale-tipped bushes—a Sean Spicer hiding from no polito-cultural commentator-reporters in particular—just himself. However, the foxhole he ended up in was a basement studio filled with all the gadgets and toys a growing musician needs:

A fender first, then maybe an amp, a bass and an effects pedal or two. Or three. Track machines begin to line the walls with a big fucking mixer and a drum machine plopped by-and-by. What feeds the drum machine? Why a kick-drum on its side, of course, faced with drum sticks hidden, keyboards sit on the opposite counter. Under the wall-hugging desk arrangement more gear lays in boxes, I don’t blame him, that’s where all my computer shit sits. But this is truly a cave, more than just a man cave—more of a trophy cave if anything. A duet of prior records hang on each other’s framecoat pockets. Funky gear and curios sit on the top shelf beside and another tape-reel machine lays inert under. Some books on the shelf for culture and some skulls, crystal or bone or plaster, atop the lab equipment for spooks complete the picture, all bathed in neon pink as if a chroma-key for the next evolutionary step of the Unknown Mortal Orchestra.

What’s that old saying? Pictures and a thousand words? Oh, well, I don’t think I could write a thousand words about a photograph—that’s not my major, merci. I could about this record, though. The cover is a horror-lab in drag; a little shop of funkers; a snapshot taken by la quatrième du ménage. Nielson has his loves: music and family, order unimportant but the former clear and the latter unclear if you were to guess just from the cover. But for the sake of artistic experimentation, he also had a younger familiar in his life. Well, he and his wife had a younger familiar in their life and the situation obsessed this long-player. If you want to read more about such photosynthesis of this muse into record, I suggest sharing nuts with Pitchfork’s resident squirrels, because I’m only here to look at this tree and remark how the bark is painted in pink, how the tops are bushed in dandelion whiskers and how Nielson is the shadow-eyed Seuss of modern indie psychedelic.

What should be instantly familiar are the wind whispers along treetop leaves on a lo-fi tape recorder and the lines of the barkskin—they eddy and pulse and funk up and down this record. If you listen closely you can hear them mumble the secret: it’s all about that bass. Nielson may wax Loraxian, attempting to reach the same mountain-top notes of Stevie Wonder’s marimba vocals and his synthesizers may fill your cup with syrup-sweet sap-slap melodies on tap, but he laces his voice with the haunted silk of George Clinton and vibrates with the P-Funk mothership while chucking his rhythm guitar with cheeky Chic-ness. The lyrics even touch on Risque! Forbidden lovers and wanted loves bite tongues and stick on lips as precautionary tales to “Necessary Evil” and “Ur Life One Night.” Text messages replies remain unread as he struggles to get work done on “Can’t Keep Checking My Phone.”

I can’t blame him, it’s hard enough to write when that track murmurs in ear “dance, dance, dance and the music will write itself!” No, it won’t you cheeky Lorax bastard.

The brass is all provided by papa Chris Nielson, signaling smoldering trumpets of flaming J.B.’s past and when the percussion isn’t flat drum loops on “Multi-Love” and “Like Acid Rain,” it’s snap-and-clap disco beats shoved through a filter and browned in Adobe After Effects. Far-removed from the wubbing dubstep and freque-phrenic synthesizers and scratches of the modern club, this music is a throwback to late seventies with UMO’s signature lo-fi spice. Boule Noires, Bee Gees and KC’s can all listen to this record and smile: no longer are they tossed on the dynamite for destruction by self-righteous mouth-breathing delinquents who give punks a bad name and can’t handle a little difference between genres. Now it’s saved for, sold to and dug out from independent record stores chronicling the metamorphosis from R&B and soul towards deep house and dance. All uncovered like artifacts by independent hands like Ruban Nelson’s.

The shift is heard on “Ur Life One Night,” when the psych-rock specter tracks coalesce into full-on phantoms of the discoball. They get right down to the possession business, compelling you to groove with a wah-wah guitar, a clap-beat drum loop and solo squeeze of distortion. It’s a herky-jerky head-bang boogie bezerky cut leaving no room to fret: just move with it. To follow, papa Nielson blows his horn before the bells and claps of “Can’t Keep Checking My Phone” give away to sonny Nielson’s light falsetto and guitar that hops on each note before bumpa-bumpa-bumpin’ it’s way to the top of mix. One melody later and all Nielson’s guitar can do is follow the chorus in two stutter-step breaths in and two stutter-step breaths out:

I take it back: he can harmonize with the Stevie Wonders of this Seventies dreamland throwback track. However, we’re not done yet: yeah, that might sound like a singing summit but instrumentally, he hasn’t reached his peak, not even close. Nielson points over yonder at the pagan mountaintop shelters of II before motioning towards the Wrightian architecture of the one you sit upon: “The World is Crowded.” The bass may set the post-modern mood but the piano amps it in Rhodes fashion: crushing cerebral effects chew and crawl like worms along the cerebral cortex, causing hair to flair on end and heartbeats to palpitate with a soft shush and hush. Before long, Nielson’s done with his lyrical chuchote and chicanery and lets his guitar nibble on your ear. It’s oozey-woozey goodness, asking for permission to cover you like honey.

On “Necessary Evil” you may think you see the Petrova Gora in the distance, but really, it’s just a valley of eerie similarity: the rhythm guitar is a debut artifact, brought back from “Though Ballune” and made anew. It’s locked together with the bass in a three-note harmony, playing support for the synthesizer instrumental break. The track may taste like blueberries, but it’s all huckleberries up here—and that triplet berry-blast pops with a trill tart on the last note, but the flavors still blend with Jamba Juice lyrics about bad choices for good diets.

In between these harvest peaks, however, lies the little valleys where you can still hear the yodels echo from II. “Extreme Wealth and Casual Cruelty,” “Stage or Screen” and “Puzzles” all remark on riddles with smudged clues and political struggles (interpersonal or international, you choose) with dusty borders. Recalling a bitter alienation in the acoustic and electric noodle, they do however feature moments of sweet deliverance. A trumpet solo on “Extreme Wealth” that coaxes pearly romance from a clam’s shell and an acoustic outro on “Puzzles” that soothes the purple heart bruises of smashed dishes and bloody kitchens. Only “Stage or Screen” manages to bore itself silly, requiring a bong-rip outro to push down the hill with some motivation. Nonetheless, there’s not a single moment where this album doesn’t vibe with itself and I say that knowing this:

Vibe is a touch overused in today’s common parlance but fuck me standing if this album doesn’t oscillate and hum with a low-key trickster giddiness of a Puckish-plan well executed. You would think that Nielson had gotten away with Baldr’s murder as he cleverly moves away from the acoustic and electric noodling of II drawn from “Jello and Juggernauts,” and “Nerve Damage!” towards the bass-heavy funk and disco quick sketched in “How Can You Luv Me” and “Little Blu House,” injecting it with wax pastel images of social awareness like a study of this isle’s political Grande Jatte. Finally, he eschews expectations of impressionary tints of blue and orange, instead painting with the expressions of funky neon magentas and goldenrods and summoning tints of darkness to colour the magnificent, cohesive brilliance that is Multi-Love.

It’s just that good of a record, the third or otherwise.