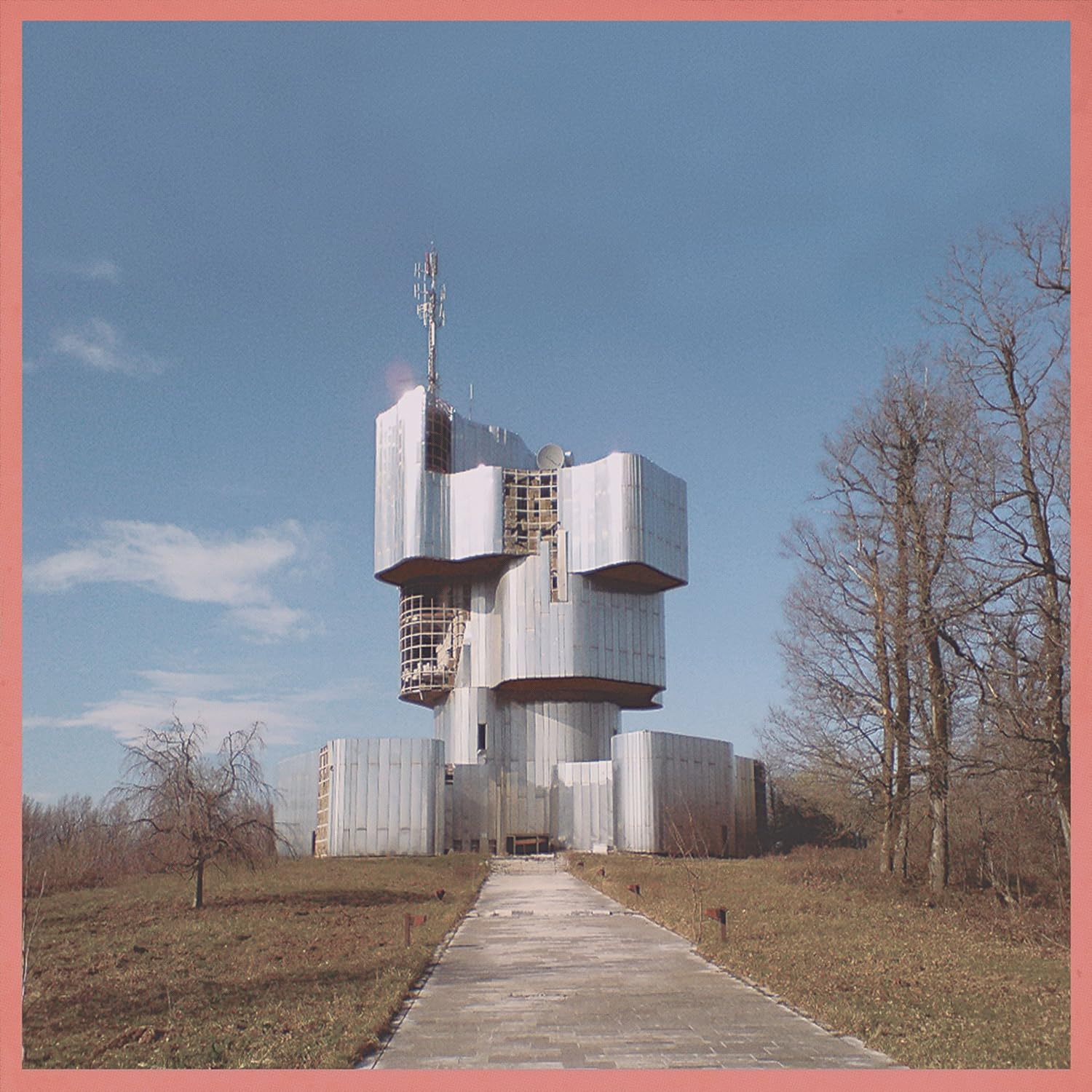 There was a day when the Unknown was shattered. A tip on the lip from a then-stranger but now-friend shot me off the revolving Impala disc and scattered and dusted me along the jungle undergrowth. My inquiring ears were filled with animal chirps and growls and coos unlike any Glass menagerie I had heard before.

Previously a tourist of eco-dome psychedelic pop that coaxed a person not to look up until the sunbursts magnified within the crystal ball of showroom rock ecologies, shining yellow lights on a subgenre that much preferred to play with the whole doppler effect, I was now part and parcel to a jungle I had not yet understood. Whereby the danger of those prior picture-perfect events never rattled any cages and if they did, the exit was naught but a click away, I was no longer shaded under the glass blown case of studio harmonics parfait served with the toppings of a Rainforest Café but mixed like a Copacabana cocktail.

Instead I entered the cold shade of birches and oaks, emerald-embroidered between the barkchips and paperskins, an autumnal ascot trying to squeeze the warmth out of any rock or wood or bur ground-found, tree or brush or otherwise. I hugged lichen-tight to save myself from a cold that could make a nose gallop with glee in a season free with sniffles but still freezing a tree of all its sap. The fuzzy, convulsive riffwork of this Mortal Orchestra could not save me from the chilled stainless steel and Balkan forest cover of Unknown Mortal Orchestra.

Given the right volume, the tonality of this record would fill the stainless-steel wall halls of Bakić’s doomed monument to anti-fascist rebels with a partisan shake and shiver, trembling the Petrova Gora with an eruptive treble and a drenching bass. Quivering in the now-bereft halls, stripped in the fervor of a revolution televised in velvet, the record would cover the body—a thick and bristling shagpile down coat befitting your great-aunt’s Seventies antique collection, but just as cold as her china cup personality.

It may follow the golden road to devotion, emulating the bizarre distortion of a mind-revealing late Sixties, but there’s no California warmth dreamed up by the Byrds or Grateful Dead nor does any Austin haunting of the 13th Floor Elevators percolate inside. This is no supernatural haze, it’s a wood-walk through Forest Park, a ramble through the morning fog with friends, a fun guy and his lady. It’s the moss on the furry side of a great Doug. It’s the English ivy winding wavy through the cobblestone-cracked hedges aside Germantown Road. I could stare at these natural puzzles the whole trip and listen to this record all along the way.

In a sober-state, the Unknown Mortal voice behind the Orchestra would confuse me. He’s flexing Harrison-esque vocal muscles cloaked in studio effects, as if trying hide what is so painfully obvious: the mind-flaying musical alphabet starts with a B-Eatles and the drugs make you see shit, hear shit, believe shit. On any not-normal-day, this “obvious-ness” would go ignored; the vocal chords would hit just right, sharpening the sacred geometry flying past my eyes, gluing itself to anything. Warbling streets from side-to-side riding atop a Morse coded “Bicycle,” drowning in punkish riptide rhythm of “Ffunny Ffrends,” or gliding across the shining Lucy sky diamonds of “Thought Ballune,” getting caught in a loop of trying to decipher an aesthetic that so firmly wants to be undeciphered. Is this odd? Not really, when the world becomes a fluid goop, sometimes I need a totem so solidly unsolvable that I can just hold on to it, and let it take me through the feral faces of an up and down story. A pocket lagoon for when the new normal is no longer normal, waters in a flask to drink from and be soothed. Because what really should be blowing minds right now is that at exactly 18 seconds in “Thought Ballune,” you hear the rhythm guitar play precisely what would become the riff on “Necessary Evil” from Multi-Love.

But understanding why that fatal voice of Ruben Nielson is not only the door but also the key to unlocking it. Why be bothered to open a door that need not opening, especially when the carpentry is exquisite in execution? The former Mint Chick, current-Portlander, always New Zealander can be deciphered later, because curiosity is sobering and Nielson’s lyrics are a parsed shot of thorazine:

“Oh we cut you down to size
What a difference between what I saw
And what was before my eyes
Was it great, no disease
That will get you taken by
A squad car right to the A&E”

How terribly would something like a car-ride to the A&E ruin a trip? Well, goddamn plain awfully, officer. Just thinking about a squad-car visit to the A&E would drive me to run in raincoat until I dove too deep in trip and in forest to find a way out. These somethings are best left to the hypothetical, the indecipherable, until sobriety can retake the reins and comprehension can occur without a total kitchen plate break and a flight off the handle.

Until then, one can only subscribe to patient listening interspersed with moments of jubilation. Tracks to keep me perked, throw blanket vocal chords over myself and rumble with the bassline of “How Can You Luv Me” (a question that will be answered after the adventure)—it’s an om contending with Nielson’s shrill and a Motown tempo. And when my brain bits are all picked up again from the mindblowing tripper talent of remembering that line (or anything, really), I shout: “I don’t want to decipher this! I just want dance to it!”

But that will to boogie would steal away, just as fast as it came, snatched by the classical-noodle-punk-gangbang cut of “Nerve Damage.” A sudden horniness for delinquency and a brutally quick comedown on the consequences (“what have I done?!”). A wank and a prayer that you hope not remember. A sudden panic, a mortal ego-experience that bleeds into the real victory: the comedown. The peak is over but I still sit at the mountainside, overlooking the way up, going stone-by-stone down the giant causeway, stopping only to watch and listen and regard a “Little Blu House” on the other ridge. And for once, these are lyrics that should probably be remembered like a vow on a trip:

These all are things to hear on the adventure and then make sense of later. These funky basslines I’ll hear again normal and say “well, duh,” and then shimmy, scootch-a-bootch and dance to the hi-hat staples that Ruben borrowed from Ringo. Even if I were bereaved that the reason I like another band is so banal as the Beatles, I’m enjoying the music too much and making the superficial connections to care. (What’s the difference between a “Little Blu House” and a red one, just over yonder? Everything besides that good ole distortion fuzz.) Even if “Strangers Are Strange” is when Nielson finally dips too deep into his cool pool of psychedelia and drops an ice-block down my back, “Boy Witch,” a Floydian found-sound experiment with the guitar tones of Easter Everywhere and a dash of noodling, is just zany enough to delete that memory and guide me back to the start of “Ffunny Ffriends.”

In a similar instance I began a diatribe searching for a pencil. I one moment needed a pencil, the next, pencil-in-hand, asked: “wait when did I pick up this fuckin’ pencil?” It’s point-V to point-Z, I just forgot that points W, X and Y occurred and was freaked out that point-A had already come and passed too. Because this alphabet-song record to a trip comes in waves. A “Mountain Jam” in long-player form that will sound like it never stops, until it is stopped and I realize: “holy shit, have I been listening to the same album for four hours?!?”

I stop and test the air:

Yes, I’ll search for new music, but no, it will not be as forever linked as this record to one not-normal-day. This record will recall a flow so well and so perfectly that the memory plays in stop-motion film to the 30-flat minutes of this soundtrack. A permanent keystone to invoke an impermanent memory. The record is fun and intriguing and full of tha’ weird stuff. But what’s crazy is how well this record, flowing on nothing less than sorcerous fruits, shattering the Unknown by invoking such a memory. What’s even crazier? It’s a memory I’ve not yet made.